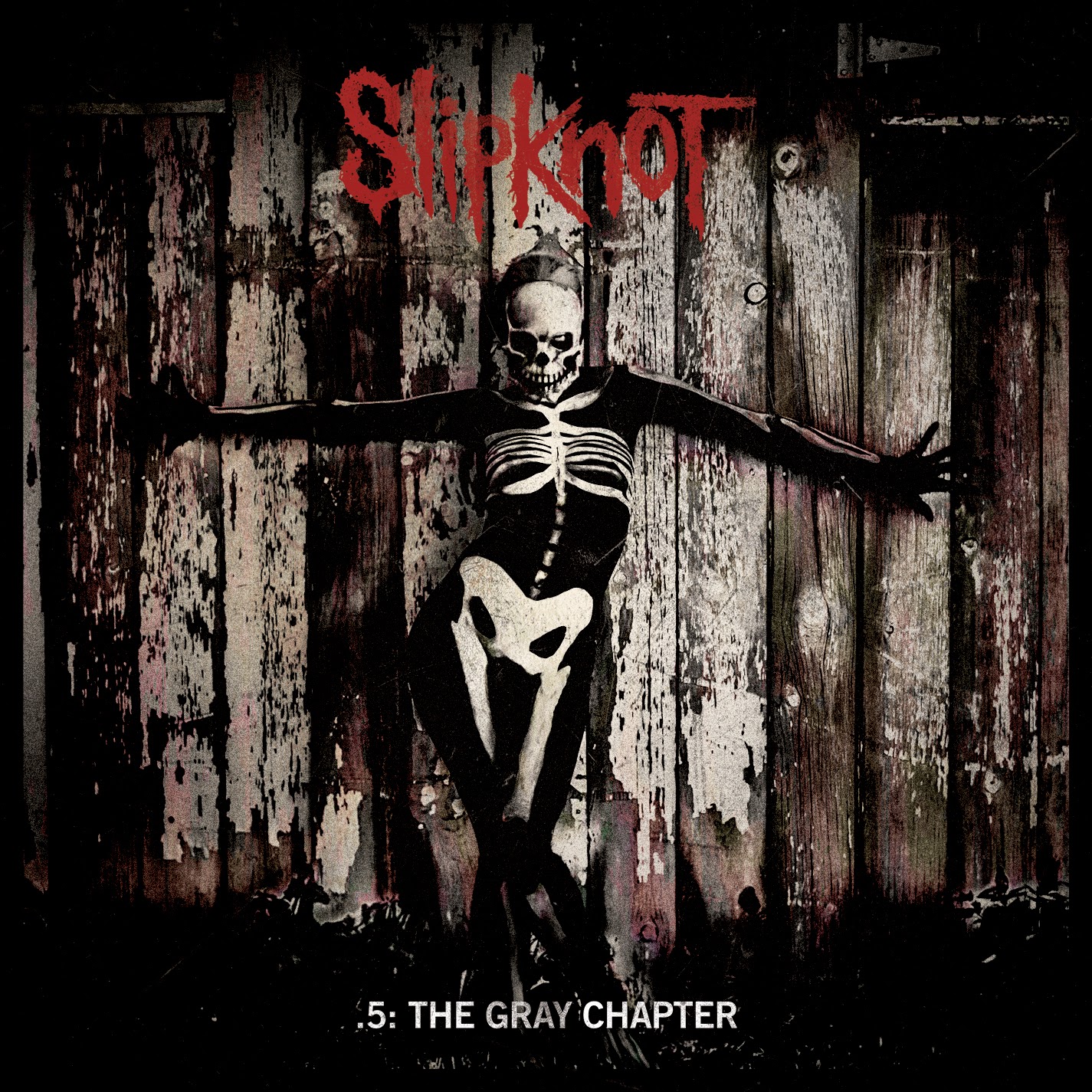 Love em' or hate em', Slipknot's influence over the mainstream metal/hard-rock scene has been undeniable.  I'm sure I'm not the only one my age who can attribute Slipknot as being a catalyst deeper into the throes of metal.  Almost a decade after I took that plunge, despite changing tastes, I still have always taken interest in Slipknot's output; not necessarily expecting to be blown away like I was in my teen years, but rather to see how the band has evolved, for better or worse.  Each Slipknot release has offered something unique and has distinctly marked different chapters in their career.  Enter in the fifth chapter, The Gray Chapter to be exact, which has seen the unfortunate passing of bassist Paul Gray and split with drummer Joey Jordison.  Knee-jerk reactions would assume that the Slipknot machine would slowly wind down after these occurrences.  The Gray Chapter, however, shows that the machine isn't winding down at all, rather it is gearing back up.

While this may come across as a back-handed compliment, The Gray Chapter's greatest strength is that it brings to mind the Slipknot from the Iowa days.  A first listen of The Gray Chapter will tell you that it is a very Slipknot-sounding album, yet there's a certain underlying aggression within it that was almost completely gone from their prior release, All Hope is Gone.  After the building intro, "Sarcastrophe" opens up the album with this aggression in its purest and most unrestrained form.  Fast, rolling guitar riffs are matched with equally fast drum rhythms; not to mention an angry, guttural delivery from Corey Taylor in the vocals department.  Hell, they even threw in a musical through-line from the intro track.  Sometimes it's these little things that can add up to a rather pleasant listening experience.

Keeping a pleasant listening experience over the course of 14 tracks is no easy task, though.  Whether it's the half-heavy, half-radio friendly tracks like "AOV" and "The Devil in I" or the completely radio friendly tracks like "Goodbye," the album is kind of a hodgepodge of song archetypes.  These songs are sometimes so spread out that it disjoints the album and makes the stand-out tracks feel watered down by the other forced tracks.  The album would've greatly benefited from the omission of forgettable tracks like "Skeptic" and "Nomadic."  However, tracks like "Custer", "The Negative One", and "Sarcastrophe", bring an energy to the album that is very invigorating and even contagious.

With Slipknot having been around for so long, expectations have long been set by both their devoted fans and their skeptics.  The Gray Chapter shows that while they may not be on the path of breaking that mold, there's still certainly room for them to move around within it, slightly redefining it as they grow.  I doubt they'll ever output anything as important as their first two albums, but it's clear with The Gray Chapter that they will stay relevant for at least a little while longer.


You can stream the album in its entirety here.