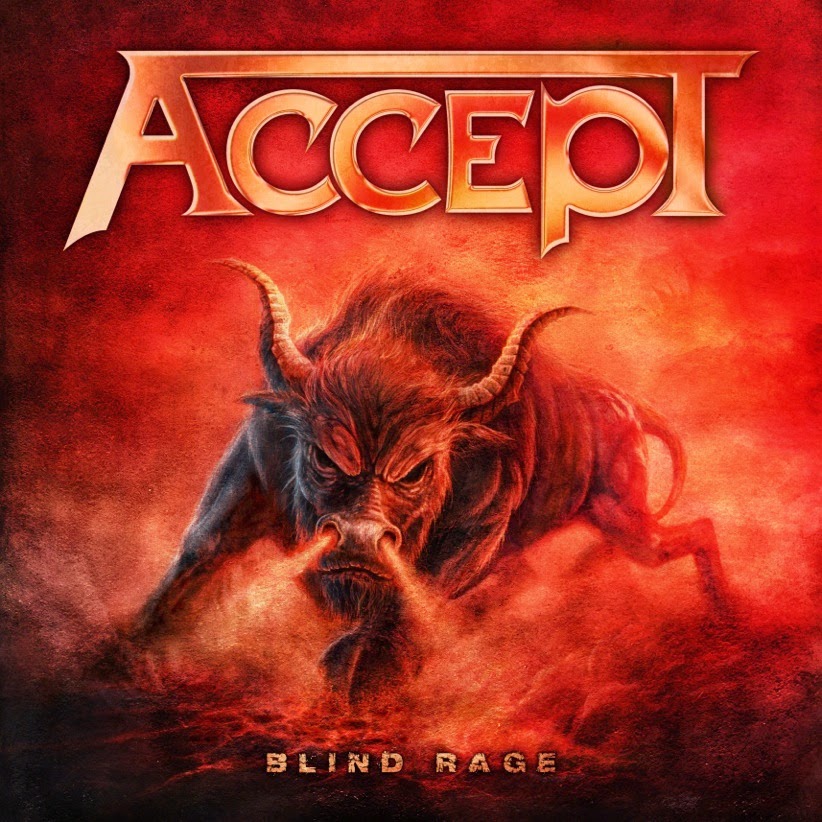 German metal pioneers Accept are a band that requires absolutely no introduction; fans of both old and new heavy metal need to do nothing but pay respect to these legends who have only been on the rise since they parted ways with original signer Udo Dirkschneider. The addition of Mark Tornillo of New Jersey based band TT Quick has been a major boom and a real shot in the arm for a band that hadn't done much of anything in the 2000's prior to his arrival on 2010's Blood Of The Nations and continued that success with Stalingrad in 2012. They have embarked on tons of tours all over the world and absolutely deliver live, as was the case when I saw King's X open for them in Sayreville, NJ in 2009. But what about Blind Rage? Does it hold to the same heavy metal and hard rock that the band is famous for? Let's find out.

Album opener "Stampede" is filled with plenty of bombast and Wolf Hoffmann pyrotechnics that throws you right into the maelstrom from the very beginning. As I am a major nerd of heavy metal's past, "Dying Breed" holds a special place form me as the lyrics are all an homage to the greatest bands of the genre, to name a few: Led Zeppelin, Deep Purple, Black Sabbath, Judas Priest, Saxon, and AC/DC. "...And we salute you, you are the last of a dying breed" a song that should send chills down the spine of any metal fan worth his or her respective salt.

"Dark Side Of My Heart" sounds like something pulled directly from Metal Heart in the best way possible. The opening riff is literally a time machine and the emotion pours out from the Hoffmann's guitar.
Accept is the complete package for a European heavy metal band: excellent lead guitars, melodic sing-song choruses, a powerful and potent (American) singer, and plenty of grit to back up their strong emotional component.

"200 Years" is a blaster and a shot to the gut. "Final Journey" is an amazing guitar spectacle from Hoffmann who dabbles with traditional heavy metal solos and neo-classical ones that would make Andy LaRocque blush. Accept's third triumph in a row shows that these "old dudes" know how to out-do some bands half their age and then some. If you are a fan of hard rock/heavy metal you will absolutely love Blind Rage. An obvious choice as one of the year's strongest releases to date.