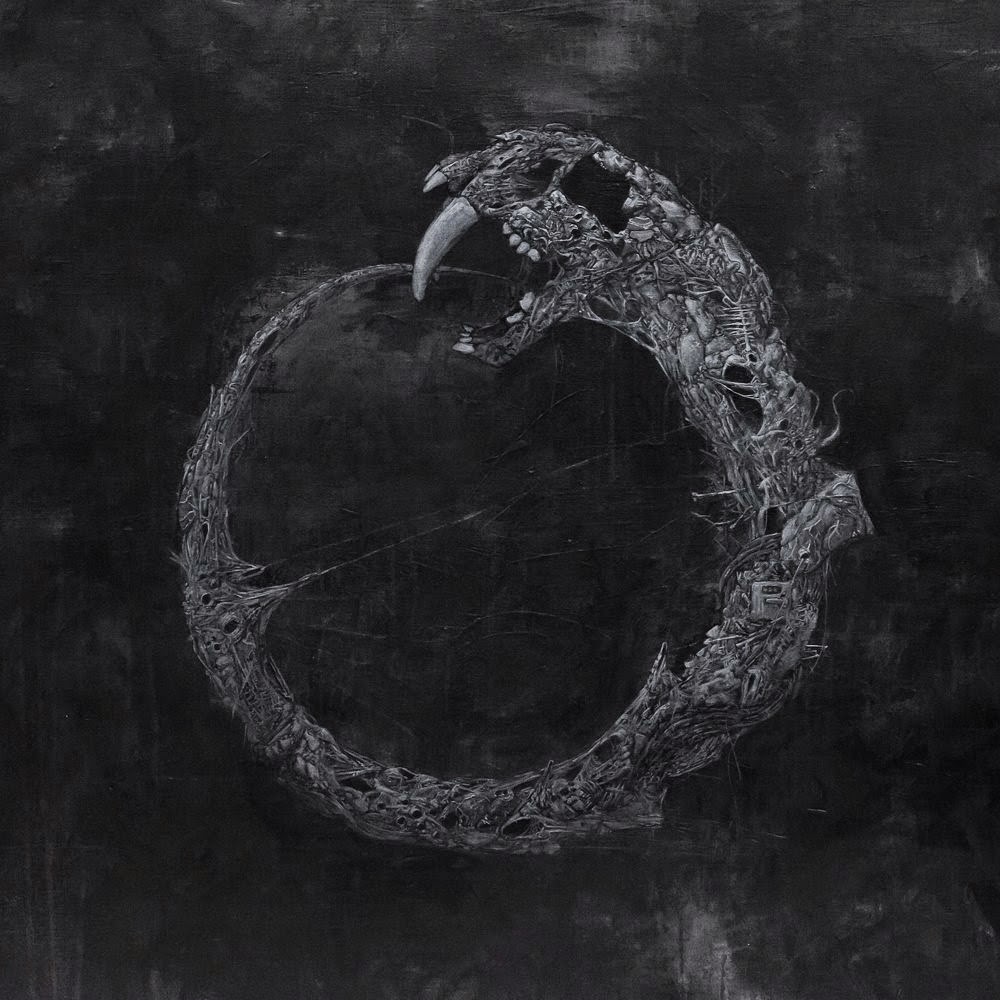 It's rapidly approaching springtime here in Chicago, with baseball, barbecues, and other summer goodness finally near at hand. It's been a hell of a winter here, with lots of snow and even more cold, so I'm definitely stoked to be able to put on a pair of shorts, grab an ice cold beer, and commence my acquisition of some good ol' melanoma. Yet there's a part of me that's going to miss winter. Maybe it's just Stockholm Syndrome, but as the days warm and the fair maidens of Chicago find less and less reason to cover up, I just find myself yearning for frigid temperatures, longing for a sense of cold bleakness that seems endless. I'm sure I'm not alone; spring is great for being outside, but it's pretty shitty for contemplating the futility of life, which is necessary thought process for a Monday morning. Luckily for myself and everyone else looking for a bit of misanthropy to accompany their sunshine, Indianapolis' Coffinworm has returned with IV.I.VII, an album that will make the next Polar Vortex feel like a balmy 70 degrees.

For those unfamiliar, Coffinworm plays a highly catchy hybrid of blackened death/doom/sludge metal; there are tropes from all over these genres, but what comes through is less something clean and easily categorized and more something in line with audible cancer. Distorted guitars and fuzzed out vocals shriek and wail over a pounding, unforgiving low-end, giving IV.I.VIII an absolutely filthy sound and feel. Much like fellow midwesterners Indian and Lord Mantis, Coffinworm has created and honed a sound that rips any warm and fuzzy feelings you may be experiencing from you, crushes them under the weight of the feedback, and then drowns them in the nearest river, leaving you cold, empty, and alone.

Much of this isolation is caused by vocalist D, whose deft moves from gutteral roars to banshee howls and back again gave me chills multiple times. I sometimes feel that in music like this, vocals tend to be either forgettable or interchangeable; D eviscerates that theory with his performance. If the music of Coffinworm is the cold wind as you wait for your bus, then D's vocals are the sleet that begins to fall and chills you to the bone. The guitar work of C and G is often buried under a metric ton of feedback and distortion, but nevertheless finds a way to create catchy, hypnotizing riffs; "Lust vs Vengeance" hits like a plane in a death spiral, while "Of Eating Disorders and Restraining Orders" sounds like Motorhead decided they were finished with whiskey and good times and just gave up on life. The latter is probably the best (and definitely my favorite) song on the album; D's roars hit a bone-chilling high over J's bombastic drums and T's subtle bass line, eventually falling out to leave the instrumentalists to do their thing solo. The fallout creates the most minimalist moment on IV.I.VIII, and it does its job adeptly, making your hair stand on end and generally being disquieting. By the time D jumps back in, "Of Eating Disorders and Restraining Orders" has become incredibly creepy and undeniably perfect.

IV.I.VIII is not going to be for everyone; people looking for a happy spring album or something to lift their spirits should stay far, far away. Coffinworm has created an album for anyone longing for one more touch of winter's cold embrace, for anyone who's not ready to face the hope and brightness of spring just yet. For those listeners, IV.I.VIII will reward them a hundredfold. It's a decidedly unforgiving album that wears its acerbic hatred on its sleeve, and for my money, it's the best album of its ilk so far this year. Winter may be over, but thanks to Coffinworm, metal fans can revel in the bleakness for a while longer.

- Durf
Posted by Brutalitopia at 8:38 AM