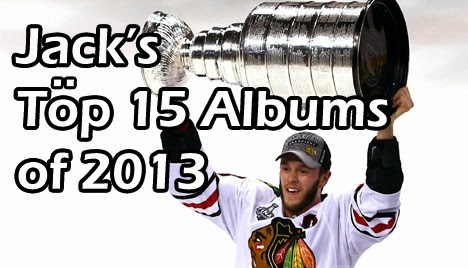 Hey, remember when the Blackhawks won the Stanley Cup this year? Yeah, that was pretty cool. Also of importance, particularly in relation to things this publication actually cares about as a collective, there were a staggering amount of fantastic albums in heavy music this year. I toiled with what to include in my Top 15 for quite awhile, but while there's plenty of excellent releases I've left off, this is the group of records I not only felt the most strongly about in a positive sense, but also that I feel deserve the most cred. On to the goods, children. 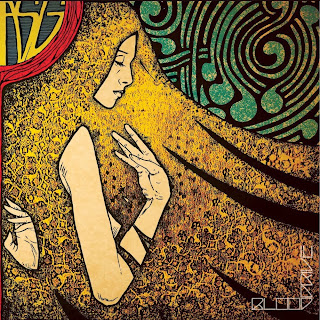 ASG - Blood Drive (Relapse)
In what can only be described as a breakout, TarHeelian quartet ASG delivered the "pop-metal" release of the year. And by "pop-metal," I mean your pal from undergrad that still thinks Audioslave rules will suddenly have a new favorite band. Vocalist and co-axeman Jason Shi delivered the (male, clean) vocal performance of the year, and, if Relapse's track record is to be trusted, Shi & Co. will soon be charging headlong into the hard rock open with the likes of Red Fang and even Mastodon. 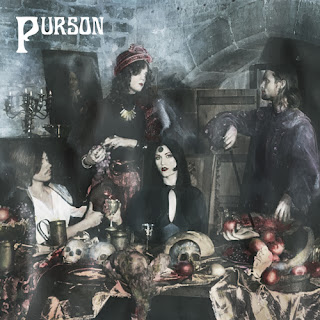 Purson - The Circle and the Blue Door
The renaissance of Hendrix and Doors inspired heavy music forges on, and the likes of Purson prove why it's worthwhile. When I made the distinction above that Jason Shi of ASG's phenomenal pipeworks were possibly in equal company, I said that with the beguiling Rosalie Cunningham in mind. While the positively seductive sonic grooves of The Circle… enchant on their own, Cunningham's charm and soul take the effort to heights that surpass the most recent efforts by female fronted acts like Christian Mistress and Witch Mountain. 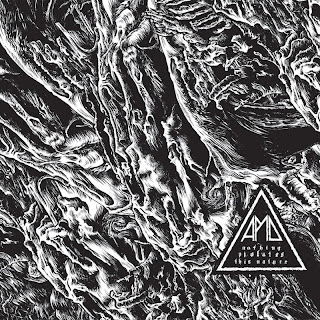 All Pigs Must Die - Nothing Violates This Nature
I've been accused of being a Boston hardcore fanboy before. I'm alright with that, provided that passion-projects-cum-super-groups like APMD continue to churn out shit as good as Nothing Violates This Nature. Kevin Baker, also of The Hope Conspiracy, remains one of the angriest voices in all of heavy music, Bloodhorse members Adam Wentwoth and Matt Woods meld songwriting and sheer death/crust crossover masterfully, and Ben Koller…. well, fucking Ben Koller. More on him later. 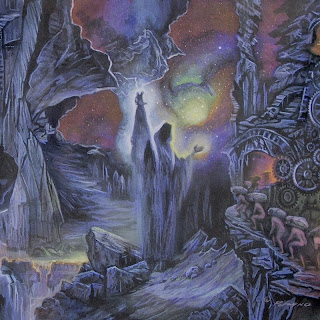 Mammoth Grinder - Underworlds
2013 was a banner year for blending between crust punk and death metal, and self-described "charging death" Austinites Mammoth Grinder were one of the groups that made that so. Underworlds is unrelenting from start to finish, with just enough sprinkling of inspired doom passages that will satisfy both those in the pit and those with the pipe they snuck into the venue. 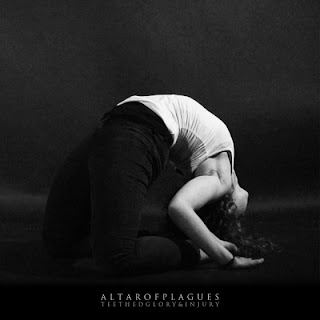 Altar of Plagues - Teethed Glory & Injury
There's a certain brilliance behind calling it quits at the top of your game. The last record from Altar of Plagues will forever be known as one where they left nothing on the table, taking their experimental semi-industrial style to heights not seen on their previous releases, and still managing to up the intensity ante. While it's a shame that they won't be around to be the chief pedal pushers of the atmospheric black metal as it continues to morph, the Irishmen leave Teethed Glory & Injury in their wake as a template on how to expertly fuse emotion and artistry in heavy music.

Favorite Track: "A Remedy and A Fever" 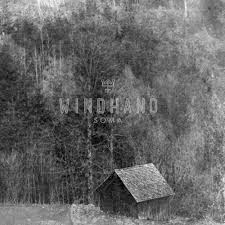 Windhand - Soma
Whatever the fine residents Richmond, Virginia, are doing to consistently churn out quality American doom acts needs to continue forever. Windhand follow in the footsteps of 2012's Sorrow and Extinction by Pallbearer and deliver the most recent Grade A release in the pantheon of lo-fi, slow-tempo heavy metal. The real brilliance in Soma, however, lies in its pacing, which sees the quintet moving back and forth between Von Til and Kelly inspired folk passages and monstrous St Vitus-esque riffs. 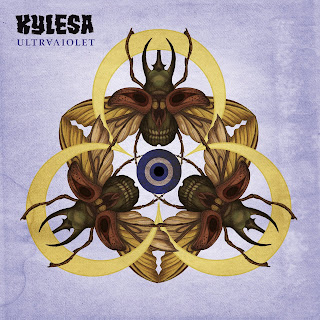 Kylesa - Ultraviolet
If there's a posterchild in heavy music for hard rock experimentation, it's Kylesa. Ultraviolet sees the band take a confident step towards a sound that is more accessible to a wider audience, but simultaneously more nuanced and intellectual than anything they've previously released. Perhaps the most noteworthy aspect of Ultraviolet is the variance between each track, which will satisfy fans of the Georgians early more ~core inspired work and as well as those who were intrigued by the almost spaghetti western vibes heard during sections of 2010's Spiral Shadow. 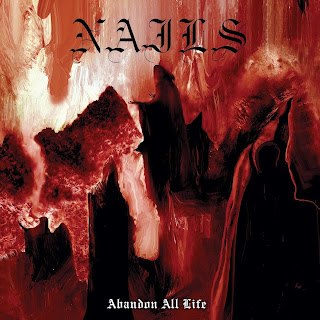 Nails - Abandon All Life
I was dropkicked into submission by the cream of 2013's death/crust crossover crop Abandon All Life this year, and I'd like to believe that it's because I cast a raised eyebrow on the critical acclaim of Nails' previous "full-length" Unsilent Death. I won't even bother attempting to justify my thoughts at that time; I was wrong, and Abandon All Life proves that. Nails are the the angriest group in heavy music at the moment, and that couldn't make me any… happier? Focused, straight-ahead and unapologetically vicious tunes like those found within Abandon...'s blistering 18 minutes will almost assuredly continue to push Entombed-inspired hardcore further into the limelight. 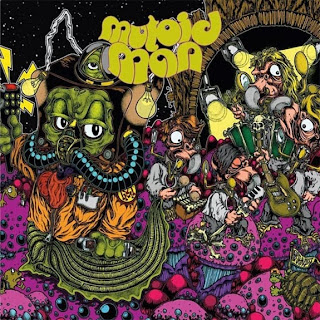 Mutoid Man - Helium Head
The primary benefit of publishing a "Best of X Calendar Year" list slightly later than most will always be affording oneself the opportunity to properly extol excellent late season releases. Mutoid Man's debut offering most certainly falls into this category. Ben Koller makes his second appearance on my list this year, along with Bostonian-in-arms Stephen Brodsky of Cave In, and the two provide what can be best described as "Torche if Torche liked to mischievously kick people in the mouth at tae-bo class." While technically an EP, Helium Head brings a level of irreverent sophistication not often seen in side projects, let alone bands attempting to meld boozy modern rock'n'roll and virtuosic sludge. 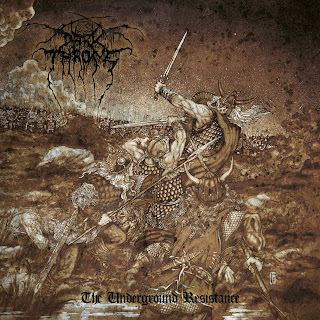 Darkthrone - The Underground Resistance
Does any artist give a more convincing middle finger to expectations than Darkthrone? If their efforts weren't so tremendously on point, their constant floating between outdated-yet-still-relevant styles would border on satire. This time around, Fenriz and Nocturno Culto churn out dirty proto-black that would make Venom blush, and manage to trudge back onto paths that no group with roots that stretch back to the 1980s would dare revisit, and trudge assuredly they do. 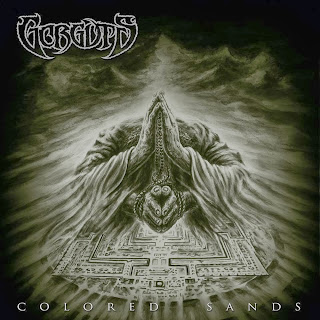 Gorguts - Colored Sands
Simply put, Gorguts' triumphant return to the forefront of extreme music was just that; triumphant. Now closely resembling a super group since Kevin Hufnagel and Colin Marston joined Luc Lemay officially, Colored Sands represents how the convergence of concept and craftwork can truly make an album timeless. From Lemay's lyrical sojourn into the darkness of the Chinese annexation of Tibet to the absolutely punishing wall of sound passages throughout the record and everything in-between, Gorguts are back in a way that demands attention from every corner of heavy music. 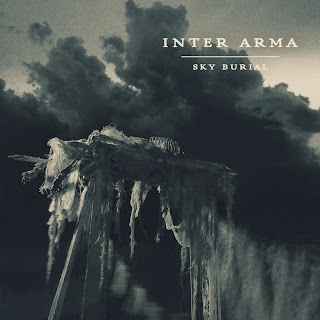 Inter Arma - Sky Burial
Oh, hello again, Richmond, VA! If Windhand succeeded in representing their hotbed-of-a-hometown's doom side, then Richmond's other blue chip prospect Inter Arma came through on the side of sludge. Curiously, it's the black metal influence and Through Silver in Blood inspiration that puts Sky Burial in rarified air, which juxtapose the passages of pummeling riffage brilliantly. The sky is the limit for Inter Arma, especially if they're gonna let birds carry off bits of their flesh like the title of their release might suggest. 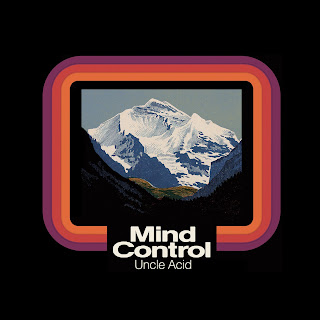 Uncle Acid and The Deadbeats - Mind Control
The Candlemass worship is strong with these proto-doom revivalists, but Uncle Acid and The Deadbeats make a language all their own with clear dedication to seeing every riff to it's full extent and liberally sprinkling in the sort post-rock influence that never would have entered Tony Iommi's mind back in 1975. Mind Control is a crowning achievement for heavy rock that will likely remain slightly secret, largely because of the sophistication and commitment to its roots that will likely prevent a greater audience from discovering it, but make no mistake; this effort from the Cambridge act will serve as a distinctive modern gateway to Relentless and Epicus Doomicus Metallicus for a long time. 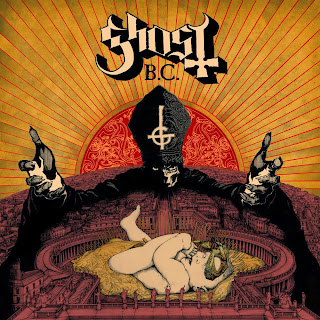 Ghost BC - Infestissumam
Hype can be such a curious mistress. Despite being eagerly anticipated by just about everyone and their formely-owned Hot Topic tee, Ghost somehow managed to throw an even gnarlier curveball than their debut Opus Eponymous. Channeling Roy Orbison through the lens of Evil Dead, the poster-boys of satirical intrigue crafted something that few have the balls to even imagine in heavy music. It's less weighty that its predecessor, but Infestissumam will pave roads for conceptually heavy music, sonically heavy or not, for decades to come. 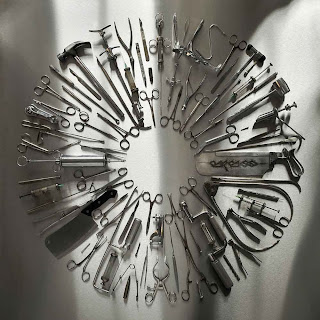 Carcass - Surgical Steel
Modernity in media makes it hard to judge anything with criteria like "groundbreaking." The critical process employs scrutiny that burgeons year after year. And yet, every now and again, an album like Surgical Steel comes along and makes life really, really easy for people who feel like their opinion is worth listening to. Without regurgitating all that you've already heard, not just on Brutalitopia but all over heavy music's collective mouthpiece, Walker, Steer & Co. came back with what will simply become known as a genre defining master stroke. And by genre, I mean the greater metalosphere. Surgical Steel will be in the same conversation as Ride The Lightning and Slaughter of the Soul in only a matter of years, mark my words.
Favorite Track: "The Master Butcher's Apron"

- Jack
Posted by Brutalitopia at 3:54 PM