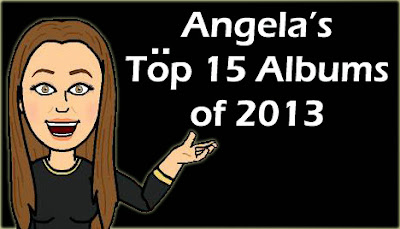 2013 was kind of ridiculous. Between all the weird shit that took place to some truly stellar music releases, I think this year is definitely one for the books. I'll be weighing in with my non-metal picks sometime next week, because fuck Christmas. ON TO LE LIST...

Say what you will about Ghost, but they created something amazing that has brought a lot of different people to the world of metal. They took something that feels aged and presented it to us on a shiny silver platter, all dressed up with the intent of traveling to one destination: our ears. They are an example of what music is doing correctly in 2013. Useless piece of information: Ghost love drinking Cherry Pinnacle vodka. Seriously.
Favorite Track: Secular Haze

There is one thing that upsets me about Kvelertak: that when I attempt to sing along, all I'm doing is mouthing some bastardized version of a language I don't know how to speak. All I want to do is party and sing along, guys. More English, plz.
Favorite Track: Spring fra Livet

Take everything you know and love (if you don't love them, then we have an issue, you and I), add a musical strip-tease and a smidgen of Elton John, and that is ...Like Clockwork.
Favorite Track: My God is the Sun

It blows my mind that there aren't more people on the Rotting Christ boat yet. Shit, if I was putting this list in any kind of order, this is a very, very strong contender for #1. Honestly, there is NOTHING to dislike about Greek extreme metal. Sprinkle in some Gregorian-style chanting, and BOOM. Rotting Christ. Out of my entire list, THIS is the album I BEG you to listen to if you haven't already. Do your ears a favor.
Favorite Track:  P'unchaw kachun/Tuta kachun

Revocation has found their formula, much like Motorhead and Metallica. Minus the shit out of Metallica.
Favorite Track: Archfiend Italy is good for a bunch of stuff, including pasta and a handful of crazy people dressed like dead vaudeville characters screaming in your face. I, for one, love it.
Favorite Track: Fall of Asterion

Straight outta De-twat slapping you in the earmouthface with cast iron frying pans. Think: Rachel Leigh Cook circa that PSA from the 90’s with the eggs and shit. This is exactly like that.
Favorite Track: Widowmaker 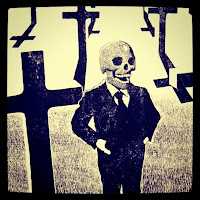 Chino side project that’s not Team Sleep = Crosses. Commence to jigglin’! Seriously though, this EP have a dancey groove to it that will make even the fattest and laziest fan bop dem hips around.
Favorite track: He Is A Rick

My favorite part of the album: listening to ‘Battle of Chamdo’ (I’m a sucker for orchestration) and getting all comfortable, the suddenly having my face pile-driven into the cement as it leads straight into ‘Enemies of Compassion’. I’ve listened to those two songs probably 3 times as much as the whole album, which equates to, like,  a bazillion times.
Favorite Track(s): Battle of Chamdo, Enemies of Compassion

Something a little different, a little out of character for Satyr, and a whole lot of fuck yeah. I absolutely adore this album. You get classic Satyricon mixed in with some fun and catchy material, like the best song of 2013, Phoenix. Also: I would recommend looking up Sivert Høyem's band Madrugada on the interwebs, because they take the 90's heroin-chic sound and make it new again, minus the heroin addition.
Favorite song(s): Phoenix (duh), Nocturnal Flare

What do you guys think? Do I have terrible taste in music or are you slow-clapping for me right now? Let me know in the comments. Seriously, actually comment on something. For christ sake.

-Angela
Posted by Brutalitopia at 2:00 PM