Ah, December.  That magical time of year when the blogger’s fancy turns to letting you know their favorite albums of the year in a long, drawn out list.  Fear not; this is not that list.  That list will be released sometime within the next few weeks.  This is more of a primer, a dual post to get you started thinking about what “Album of the Year” really means while at the same time giving you an unasked for history of my listening tastes over the past decade… and more importantly, how things have changed in hindsight.

Over the next two days, I’m going to tell you what my favorite album was from 2003-2012 in the year of its release, as well as what my favorite album from that year is now.  Multiple factors go into this; in some cases, I hadn’t heard of the bands or albums who usurped my then-favorites.  In others, it was simply a case of hindsight showing me something I didn’t see on the first go round; still more are the result of something as simple as my taste in music changing.  Enough hype; onward into the Time Machine! 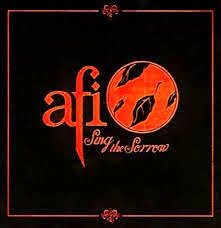 I listened to this album pretty much non-stop when it came out, buying it after I heard “The Leaving Song, Pt. II” on the local alt-rock radio station every day for a week.  It was both the heaviest and the darkest album I had ever heard at the time, and I thoroughly enjoyed the dark, brooding atmosphere of the music underscoring Davey Havok’s soaring choruses of melodrama.  My favorite moment on the album comes at the very end; there’s what appears to be the final song, “…But Home is Nowhere,” and then as it fades out there are some spoken word samples, along with a sparse piano riff for about eight minutes before the guitars and singing pick up again.  I didn’t realize until years later when I was on Wikipedia looking up facts about the album (I was a wild kid, I know) that it was two different songs (the “secret” song is called “This Time Imperfect).  I had never heard or experienced anything like that before, and even now I’ll go back to that album just for the ending. 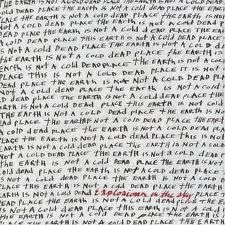 If you’ve never listened to this album while watching the BBC’s wonderful Planet Earth series on mute (I recommend the Artic episode), then you’re missing out.  This album introduced me to everything that Explosions in the Sky has come to be known for, and ten years later I still think of it as their best work.  The slow, steady buildup in “First Breath After Coma,” the album’s first track, is exactly what I believe hope sounds like, and the rest of the album follows suit in bringing such powerful emotions to the forefront of your mind while listening.  Often when listening to instrumental music I find myself imagining stories in my mind to accompany the music; The Earth is Not a Cold Dead Place gives me a completely visceral, emotional response.

2004 Then: Breaking Benjamin – We Are Not Alone 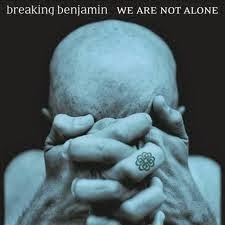 Breaking Benjamin played in my hometown of St. Louis quite a bit after the release of their debut album Saturate in 2002; I enjoyed their live shows and was excited to hear they were working on new material.  The album’s lead single “So Cold” convinced me to buy the album, and I listened to it repeatedly.  I also realized when their next album, Phobia, came out that they had simply reused the chord progression from “So Cold” for that album’s first single.  Which was the first time I had ever realized bands did that, and also the last Breaking Benjamin album I bought.  There’s still some deep-seeded resentment here, I guess. 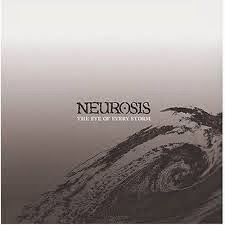 There’s no point in even pretending I knew who Neurosis was when I was in high school; I learned of their existence sometime in college.  The Eye of Every Storm was probably the third or fourth album by the band that I heard, but it was the first one to really grab me on the first listen and not let go. 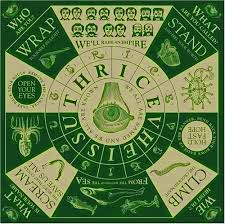 Vheissu was Thrice’s first major departure from the post-hardcore sound that brought them into the musical spotlight.  There are tracks on Vheissu dominated by piano, strings, and other softer instruments that would never have found a home on Thrice’s earlier work.  At the same time, the album rocks plenty hard.  From the call and response chants of album-opener “Image of the Invisible” to the whispered background verse hiding under keyboards and aquatic guitar riffs of closer “Red Sky,” Vheissu is Thrice at their absolute best, blending powerful melodies with impeccable musicianship and thought-provoking lyrics.  This very nearly held up as my favorite album from 2005, however… 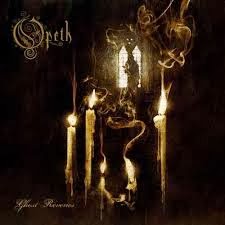 …2005 was an absolutely batshit year for music!  Narrowly missing out on this spot were Pelican’s The Fire in Our Throats Will Beckon the Thaw, Gojira’s From Mars to Sirius, and Meshuggah’s Catch-Thirty Three.  Hot Damn!  Ultimately, Opeth wins out with me; Ghost Reveries was the first record of theirs I discovered after my roommate had me listen to “Ghost of Perdition” and “The Grand Conjuration” one night.  I had never heard anything like it; the seamless blending of death metal with lush soundscapes, Mikael Akerfeldt’s vocals spanning the gamut from unholy roar to angelic lullaby.  It’s fitting that Thrice should be replaced by Opeth in this list; if it weren’t for Thrice, I never would have been open to listening to Opeth, and without Opeth, I’m probably (definitely) not writing this right now. 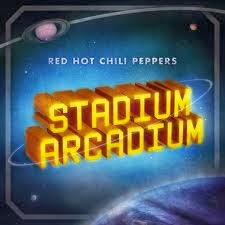 I was the biggest Chili Peppers fan in the world throughout high school, and I looked forward to this album (released my freshman year of college) like nothing before.  And it lived up to my expectations, a double album with no real weaknesses, fitting for both barbecues with friends and quiet nights alone with that special someone… and believe me, I’ve used it plenty for both over the years.  Stadium Arcadium is a musical amalgamation of everything the Chili Peppers tried between 1991’s Blood Sugar Sex Majik and 2002’s By the Way, focusing the raw, manic energy of the band’s live shows with enough emotional catharsis to fill four LPs instead of two.  I don’t think John Frusciante was ever better with the band, and Flea’s bass work on songs like “Charlie” and “Ready Made” are some of his best ever.

2006 Now: Brand New – The Devil and God Are Raging Inside Me 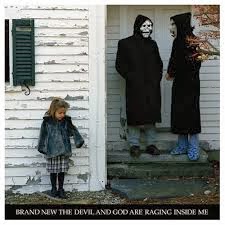 One of the few replacement albums I was familiar with the year it came out, I actually put this album as my Number 2 of 2006 when I made a list and posted it to Facebook seven (!!!) years ago.  The resulting flip-flop is a testament to the power of this record.  The lyrics, sung and sometimes screamed (and written) by Jesse Lacey, run an emotional decathlon from doubt to fear to anguish to hate to suffering, and their content backs those emotions up.  I don’t know that any Brand New record is ostensibly a “happy” record, but this is certainly Lacey at his lowest point, pouring his emotions onto a record that was nearly completely redone after the demos leaked early.  It’s funny to think that one of the most heartfelt, gut-wrenching albums I’ve ever heard was almost something completely different, and I’m really glad it isn’t. 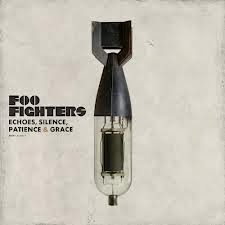 It’s not even my favorite Foo’s album, but to be honest, I don’t remember a whole lot of what I was listening to in 2007 (probably because I was still binging on Stadium Arcadium and The Devil and God…) and I know I listened to this a lot.  “The Pretender” is still a benchmark for arena rock songs, racing along before slowing down, letting the audience anticipate, slowly building up again and then BAM! exploding for a finale of breathless kinetic energy.  I also saw the Foo Fighters live for the first time when they toured behind this album, so that definitely counts for something. 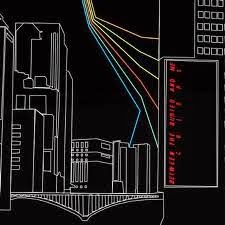 Quite simply one of the most incredible albums – progressive metal or otherwise – that has ever been made, Colors is an incredible composition, one nearly hour-long piece of music that moves through various forms and iterations with precision and deft touch.   The twenty-five minute duo of “Sun of Nothing” and “Ants of the Sky” seems like it’s going to be the most insane, punishing bit of music you’re going to hear on an album filled with such wonkery… and then the album finishes with the crushing weight of “White Walls.”  Music just doesn’t get much better than this.

Be sure to come back tomorrow for my Then and Now Favorites of 2008-2012, including the first (and only?) favorite to stay the same!

Posted by Brutalitopia at 7:59 AM