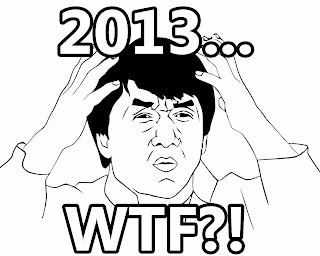 This has been one hell of a year for controversy for many bands and musicians. Seriously though, from pedophilia to murder for hire, this year has featured more than its fair share of "...the fuck?" moments. Click on for a recap of the years wildest and most disturbing events that I've placed in no particular hierarchical order.

It sucks when there's a bad apple in the bunch. It sucks even more when that bunch just so happens to be a kick-ass band whose lead singer can’t seem to get his shit together.  Case in point: Blake Judd. The Nachtmystium front man has allowed his drug-fueled antics to over-shadow the band’s music to the point where even someone from the Family Guy camp took notice a couple years ago. Judd has been accused of all sorts of shady business, including ripping off fans by not delivering purchased band merchandise and being a massive drug addict.

This year is when the pot boiled over for Judd - who is now facing theft charges in Illinois – having been arrested and recently released on bail. Shortly thereafter, he published a letter to fans which stated that Nachmystium is officially dunzo, but they would still be releasing two previously completed EP’s in early 2014. In my humble opinion, it sucks that Judd has decided to disband Nachmystium after thirteen-some years, but at the same time, if the bro didn't decide to get help now I can almost guarantee the internet blowing up in 2014 due to his drug-induced death. Hate to say it, but it’s true. Addicts will be addicts until they learn to take control, which it seems like Judd is finally realizing. God speed, motherfucker.

4.) Tim Lambesis and the case of Murder for Hire

Seriously, I still can’t believe the way this situation has unfolded the last half of 2013. A former good ol’ Christian boy, the lead singer of As I Lay Dying, Tim Labesis, has found himself in one hell of a pickle. Back in May, Lambesis was arrested for allegedly hiring a hit man to murder his wife. Yeah, I guess this kind of thing actually happens. The evidence against him is pretty detailed, as the hit man turned out to be an undercover cop who received both cash and personal information as to when a good time to snipe his wife would be. This all began sometime after Megan Lambesis filed for divorce which prima face seemed amicable (despite his alleged steroid use). But according to court documents, Lambesis provided everything from the security codes to the couple’s home, to when his wife would be there alone without their three children.

Pictured: Some guy who Lambesis probably jerked off too.

A pretrial determined that the case would go to a jury trial in 2014, but no date has been provided as to when exactly the proceedings would begin. Oh, I forgot to mention that when Lambesis was arrested, the judge set his bail at $2 million dollars. $2 fucking million. Tim somehow made bail ($200,000) and was placed on house arrest after his release. While enjoying his time being locked in his own home, he decided to release a vague and seemingly unapologetic letter to fans. Some highlights are:

“The people who want understanding will wait until the formalities and trials are done. Strangely enough, those type of minds are the people least likely to be judgmental even if I am found guilty.”

“By posting again I hope to attract people like me who are willing to look at all sides of a philosophical issue to learn before they speak. In fact, I’d be happy if this whole thing was just a way to recommend further readings to each other.”

So it’s like, “Hey, maybe I did try to have my wife killed, but at least now I have time to start a book club.” Let us know how that works out for you, Timmy. Anyway, Megan Lambesis has recently filed a civil suit against her bat-shit crazy ex-husband, seeking financial damages around $2 million (the magic number!). This on-going case will surely provide us with far more shit to gossip about 2014, so get up to date with all the juicy info before the trial begins.

3.) The loss of Jeff Hanneman (and Chi Cheng, respectively)

This is one of too many losses among the metal community in 2013. Slayer guitarist and original founding member Jeff Hanneman passed away in May after contracting a flesh-eating bacteria following a spider bite earlier in the year. No, it couldn't have just been something like heart disease or cancer; it had to be a fucking flesh eating bacteria coupled with cirrhosis of the liver. Jeff's legacy will live on through his music, with his death being a sobering reminder that, although beer is \m/etal, keeping an eye on your health is numero uno. You wanna still be around when Slayer is inducted into the Rock & Roll Hall of Fame, right? #srsly

In a not so unexpected but equally depressing turn of events, former Deftones bassist Chi Cheng passed on in April after being in a coma as a result of a car accident in 2008. Although it was no surprise that Chi would ultimately succumb to his injuries, it doesn't change the fact that its still a huge loss to the band and the metal community as a whole. As far as I'm aware, you are still able to donate to Chi's family in order to pay off the debt the family accrued for his hospitalization. If you have some extra cash this holiday season, consider forking over a little dough.

In easily the most disturbing of WTF moments this year, former Lost Prophets lead singer Ian Watkins was arrested and is currently facing charges of attempted rape and sexual assault of a minor under the age of 13. Other charges he has been accused of consist of conspiring to rape a child, taking or possessing indecent images featuring children, and possessing extreme pornographic images involving sex with an animal. The charges are unsettling on their own, but the fact that Watkins pleaded Guilty is even worse. Details about his sick sexual desires have come out via a former girlfriend, who attempted to warn police nearly 4 years ago of Watkin’s attempting to bring his fantasies to life. The ex also claimed that the former lead singer confessed to her that his ultimate fantasy was to have sex with an infant. You read that correctly. Some people fantasize about getting married or winning the lotto, whereas Watkin’s dreamed of fornicating with a dead baby. Dream big!

Never trust a man with ring of hair around his mouth. Especially if he resembles Ben Stiller.

And adding to the ridiculousness, it turns out Watkin’s was an “Ambassador for young people” in 2008 and would visit with sick children at the University Hospital of Wales in Cardiff. I swear to god you can’t even make this shit up.  Anyway, scum dick will most likely be in jail for a long time (if the justice system in Wales is better than it is in the U.S.), so one more pedophile will be off the streets. I’d like to say that I hope Watkins gets the help he so desperately needs, but honestly I just hope he gets raped by a bunch of big-dicked meat-heads in the slammer. Fuck that guy.

1.) Randy Blythe arrested on homicide charges; confirms the fact that he is the most stand-up guy in history

The Czech Republic has an interesting way of evaluating just what constitutes manslaughter. Back in 2010, a fan was killed at a music festival during Lamb of God’s set when he jumped on stage and was pushed aside by Blythe, resulting in the fan falling off of the stage and sustaining injuries that ultimately lead to his death. No fan should ever be able to climb on stage if the security is doing its job correctly, which clearly it was not. Fuck witty captions. This man is a gentleman and scholar.

However, this did not stop the Czech government from arresting Blythe and placing him on trial for the untimely death of fan Daniel Nozick. Blythe could have easily left the Czech Republic and never returned for his trial, but that’s not the kind of man he is. He humbly traversed back at the time of his trial and faced a panel consisting of a judge and two lawyers. After a month or so of proceedings and delays, Blythe was found not guilty of and was released from Czech prison. Following his release, he privately met with the mother of the deceased fan, which he later wrote about in an emotionally-charged letter to fans titled “Be Carefully”.  I suggest you read the entire thing and keep a few tissues on hand whilst doing so. Here is a small excerpt:

“I cannot tell you what it is like to look into the eyes of a mother whose son is dead as result of attending a concert by your group, his favorite band. I cannot tell you what it is like to hold her tiny hands as she weeps for her dead boy; to hold those hands in your large hands, the same hands accused of killing her son. I cannot tell you in any words what it’s like to feel that grief for her lost only child pouring off of her small frame in a massive dark wave of sorrow, to see that pain again in another, so visceral that your body shakes with the awful power and totality of it. These are things that mere words will never be able to convey.”

With thewill-power of a titan, his words evoked emotional in anyone who read that letter. If there was any one situation that I could see driving a former alcoholic to drink again, it would've been this one. But Blythe remained resilient and handled the situation with an unsurpassed amount of dignity. The lead singer has also been working on a memoir which is set to be released June 24th, 2014. Even if you’re not a fan of Lamb of God, you have to respect this guy for all he’s done and all he’s been through.  Man of the Year: Randy fucking Blythe.

Is there anything you think I missed? What WTF moments stick out the most in your head?