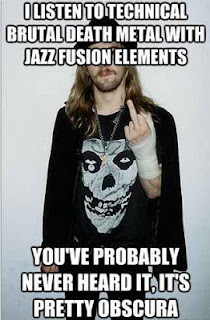 Let’s play a quick game.  It won’t take long, and it won’t be hard.  Here’s how it will work: I’m going to ask you a question, you think of the answer, and then we see if you’re right or not.  Sounds fun, right?  Let’s give it a whirl.  Who won the World Series in 1984? Did you say the Detroit Tigers?  If you did, you were right.  Here’s another one, just for kicks: Which came first, Blackwater Park or Leviathan?  Blackwater Park you say? My, you’re good at this.  Ok, enough practicing, let’s break out the real deal.  What’s a name for a sub sect of society that is pretentious, overbearing, and spiteful toward those who think differently about pop culture than they, dresses in a manner deemed to be “weird” to the mainstream, and often views music, movies, et al in terms of absolutes rather than subjectively?  Cue the “Jeopardy” theme… ok.  Got your answers?  Raise your hand if you said “hipsters.”  Well that’s cute, and somewhat accurate, but it’s not what I was going for.

The word I was looking for is “metalhead.”

Yep, I’m lumping myself, along with my pals Mick and Jack and each and every one of you in with this vicious, soul-destroying group of people to whom “hipster” is the most damning of insult.  But think about it.  How many times have you tried to get a friend into Between the Buried and Me or Meshuggah, and no matter how hard you try, they don’t dig it.  Common responses: “Eh, it’s cool.  It’s not for everyone,” “Yeah, it took me awhile to get it too,” or even “It’s pretty dense stuff; you really have to listen to it to get it.”  Read those responses to yourself, and then say them out loud.  At best they're slightly condescending, and at worst they ooze with pretentiousness the way condensation drips off a cold Pabst Blue Ribbon on a hot day. If you don’t want to punch yourself in the mouth hearing those words come out of it, then I don’t know if there’s hope for anything. 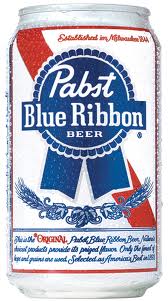 The impetus for this essay/rant came from reading a review of a black metal band’s new album.  In the review, the writer made a comment about the genre of black metal becoming “hipster,” pointing to Wolves in the Throne Room as an example of this (full disclosure: I love WitTR).  It hit me as I read this that “hipster” was a being used as a synonym of "trendy," and being viewed as something beneath what metal (and by extension metalheads) should aspire to be.  As though a band being labeled a “hipster metal” band would equal a fate worse than anything, even selling out.  Think about it: Everyone knows and accuses Metallica of selling out, but no one calls them a hipster band, so the two aren’t the same.  I decided to turn to that oracle of knowledge, the internet, in an effort to understand this idea more.

After a few Google searches, the following bands were revealed to be hipster metal: Wolves in the Throne Room, Mastodon, ISIS, Sun 0))), Gojira, Opeth, The Sword, Baroness, High on Fire, and Meshuggah.  All of these are bands that have a modest to impeccable level of success, have been listed as influences to other bands, and have been covered by Pitchfork or NPR.  They also happen to be some of my favorite bands, so maybe I’m just a hipst… dammit, I almost did it.  I don’t really think it’s the success bit, since even the most metal of metalhead listened to Metallica after Master of Puppets.  No, where I really think the problem lies is within the coverage of metal by outlets such as Pitchfork and NPR.  As much as metal fans want other people to listen to the music they love, the idea of anyone else, let alone two news outlets with huge audiences, show “their” bands to the world is tantamount to blasphemy.  These are OUR bands, that WE’VE listened to for years, and if you think you can just enjoy their fifth album and call yourself a FAN, then fuck off!  It’s really pretty ridiculous.  A big slight against hipsters, as I understand it, is their thinking something is cool because they were told it’s cool.  I’ll agree that that’s completely asinine, but there’s a huge difference in discovering something someone tells you is cool, liking it, and then thinking it’s cool than in thinking something is cool just because.

Nobody just becomes a fan of a band; they start listening after someone else was nice enough to introduce them to it.  No matter how much you love a band or an album, it isn’t “yours;” the memories and associations you have with it?  Sure, those are absolutely yours.  But having your own associations with certain music doesn’t preclude anyone else from having their own with the same music; after all, I’m fairly certain the guys in Stillwater aren’t the only ones to ever sing “Tiny Dancer” on a bus, and that Mr. Blonde isn’t the only guy to torture a cop to the tune of “Stuck in the Middle with You.”  And if Elton John and Stealers Wheel are ok with that, then why should it matter to fans of black metal that more people are discovering the genre? 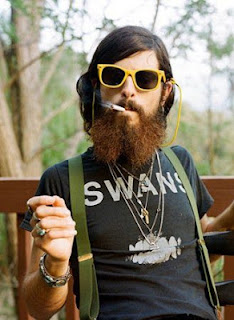 I guess the point I’m trying to make is that I wish the metal community was less exclusionary.  I wish we didn’t look down on other people’s music and instead just focused on enjoying the music we’ve fallen in love with.  If anything, we should want MORE people to like metal, because it’s completely fucking awesome and a lot of people could use more completely fucking awesome in their lives.  We shouldn’t be selfish and hog all the good music for ourselves because we think we’re cooler than everyone else.  That’s the kind of thing hipsters do.

Email ThisBlogThis!Share to TwitterShare to FacebookShare to Pinterest
Labels: baroness, between the buried and me, Durf, hipster, isis, Mastodon, meshuggah, metalhead, metallica, npr, opeth, Pitchfork, The Sword, wolves in the throne room