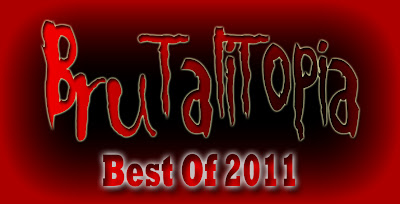 Well, that was cool. Looking back a year ago, we were gazing at an unprecedented year of new prog-metal releases. It seemed that nearly every “progressive” metal giant had new material destined for our ears. 2011 proved to be a year of sonic expansion. We heard bands get heavier, crazier, more experimental, and dig to the core of their inspiration in order to fill our ears and minds with aural ecstasy. As the year comes to the close, we once again reflect on what new releases have left an impact on the metal loving music scene of 2011: 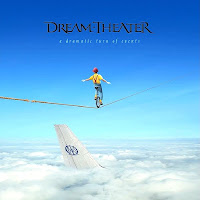 After the much discussed departure of drummer and founding member Mike Portnoy, Dream Theater looked within to conceive one of the most energetic releases of the year and their career. Fueled by the emotions of losing a musical brother, the band delivers soaring melodies, enriched with a technical prowess harnessed by only the truest of instrumental wizards. Mike Mangini adds pure joy to the mix, playing the drums like a majestic octopus. Jordan Rudess expands the depth of each piece with his dense keyboard textures, and then adds highlights with some of his most inspired solos as a member of the group. Of course, John Petrucci proves yet again that he is the man. The Spirit Carries On indeed.
Mastodon The Hunter 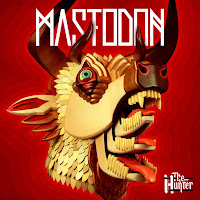 This record finds Mastodon utilizing every aspect of their history in crafting a series of impressive, groovy, and stellar tracks. Harnessing the varied elements in their primordial genre arsenal, the band channels their sludge, prog, and southern roots throughout The Hunter. Infectious, this album proves to be one of the catchiest and most varied albums of the band’s tenure. “Creature Lives” stands out as a triumphant psychedelic anthem.
Cynic Carbon Based Anatomy 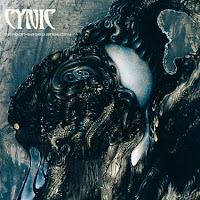 Tapping into a universal energy, guitarist and vocalist Paul Masvidal delivers one of the most spirited musical quests of the year. Carbon Based Anatomy is a seamless composition that begins in an Amazon jungle and ends in the cosmos. Cynic yet again releases an album that perfectly represents their musical insight on our collective existence.
Opeth Heritage 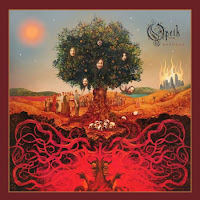 A weird, beautiful, earthy record, Opeth’s Heritage marks an important 10th observation from the band. Creating music that is purely in the moment, the gang unleashes a groovy masterpiece, rooted in the past. Progressive rock influences from the 70’s permeate the tunes, but a derivative record this is not. Mikael Akerfeldt continues to craft the craftiest of riffs, simultaneously melting our hearts, our minds, and our souls. Thank you, Opeth.
Steven Wilson Grace For Drowning 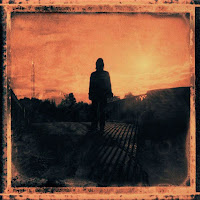 In his second solo album, Steven Wilson (of Porcupine Tree among many other projects) has succeeded in recording one of the most beautiful listening experiences you’ll find this year. The sound guru continues to release albums that simply sound amazing. Now a two-time Grammy nominee for Best Surround Sound Album, Wilson lives up to every ounce of his potential on Grace For Drowning. While in the process of remixing King Crimson’s 70’s catalogue, clearly the instrumentation and composition has found it’s way into the core of many of Steven Wilson’s own songs. A cut like “Remainder the Black Dog” will have your head bobbing in a rush of dark madness. “Raider II” stands as one of the coolest 20+ minute tracks of the year.
Animals as Leaders Weightless 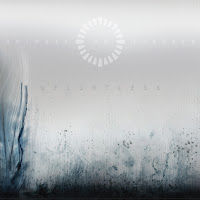 On Weightless, Animals as Leaders capture some of the heaviest, heaving, and heavenly songs to grace a single record. Tobin Abasi, now supported by two live musicians leads an exploration of luscious sonic landscapes. One of the most truly artistic innovative releases of the year. Weightless feels more cohesive than the AAL debut album. These tracks flow with a manic, jazzy, djent glue.
Devin Townsend Project Deconstruction 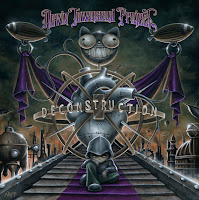 The third installment in the Devin Townsend Project lineage, Deconstruction is one of the most intense and dense releases of his solo career. Featuring guest appearances from Mikael Akerfeldt of Opeth, Paul Masvidal of Cynic, Ishan, of Emperor Tommy Rogers of Between the Bureid and Me, Joe Duplatier of Gojira, and Fredrick Thordendal of Meshuggah, Deconstruction touches on the sounds harvested by each of these crucial members of the progressive metal collective. Each of these groups, like Townsend himself, continue to push the limits of heavy and experimental realms. Released simultaneously with the angelic, luciously textured Ghost, Deconstruction first takes you into the depths of metal hell. A comforting juxtaposition in a time of global cacophony, Devin Townsend unites with like-minded musicians around the world and thus provides an ample amount of oneness.
Between the Buried and Me The Parallax: Hypersleep Dialogues 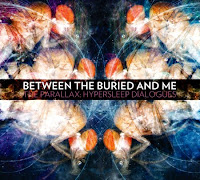 Once again, our heroes turn to the cosmos for sonic inspiration. BTBAM, a band known for their eclectic balance of elements continues to further mix and enhance their formula. Colors proved to be their exploration explosion that has led the group to this space infused place. One can only imagine with pure wonder what the companion LP will have in store for us next year. Kudos to the band for their continued experimentation and disregard for limits.
Primus – Green Naugahyde 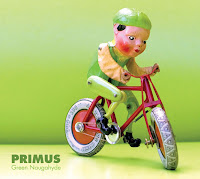 Heavy, bizarre, and funky, Primus instill a fair amount of psychedelia in their newest release. This band will forever be badass in a way unlike any other group.
Haken Visions 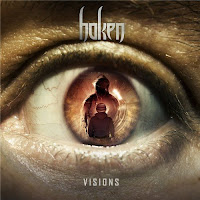 A late discovery in my 2011 favorites, Haken’s second album delivers the progressive metal goods with a fresh touch from a youthful group. Visions is one of the most grand albums of the year. A really impressive array of longer compositions, capped with the 22 minute titular track. Haken is doing things right.
Other cool listens:
Arch/Matheos – Sympathetic Resonance
Human Abstract – Digital Veil
Leprous – Bilateral
Textures – Dualism
3 – The Ghost You Gave to Me
Protest the Hero – Scurrilous
May the New Year find all of you well. Here’s to a spectacular year of genre defying, limit denying, progressive metal music. 2012 awaits with new Gojira and Meshuggah on the horizon. Get ready…
-Nathan
Posted by Brutalitopia at 9:04 AM

Email ThisBlogThis!Share to TwitterShare to FacebookShare to Pinterest
Labels: 2011, best of 2011, nathan